So you want national media coverage?

So you want to get your company’s name in the national press? Come and join the queue: pretty much everyone wants national coverage – and who can blame them? Nearly 600,000 people read The Telegraph, almost 400,000 read The Times and more than 200,000 read The Guardian – and these are just the print figures. It’s tempting to think of media relations as a numbers game, because on the surface, the more people reading the publication, the more people spotting your company name in that article. The question is; can you control how your company will be portrayed? In all likelihood, no.

The national press, more than any other, thrives on negativity – most news, you’ll find, is bad news, and bad news tends to be the most-read news. You won’t find stories about your local garden centre’s fundraiser on the front page of The Times, unless a disgruntled employee burns the garden centre down. People don’t want sunshine and rainbows, they want to be outraged. That’s the nature of the beast, and you can never be 100% sure that your company’s soundbite won’t be used to support a negative news story.

We recently secured some national coverage for one of our clients in The Guardian. The client was delighted because the article mentioned their service and how it was saving the NHS money. However, the headline of the story wasn’t ‘Isn’t this previously little-known company amazing?’ – it was ‘NHS hospitals asked to generate own power amid blackouts fears.’ Bad news sells, unfortunately, and you have to take the risk that your company name will be thus tied to the negative news.

Getting national coverage is anything but simple. For all but the biggest, most prominent companies or brands, the odds of having a high-profile journalist writing about you are slim, stacked against you right from the outset. You’re not the only one sending press releases and pitching stories to the national press: thousands of others are doing the same, and most of their pitches don’t come close. In pre-digital times your press release would in all likelihood end up ‘spiked’ – on a big metal spike in the middle of the newsroom where frustrated journalists stored all the non-stories (i.e. 99% of the press releases they received each day). In order to make the national press, your press release has to not only be compelling, newsworthy and relevant – it also has to fit in with the paper’s agenda.

Some businesses hope that having good press contacts will help them to get around this problem. But alas, most of the time it makes little or no difference. While it’s true that most journalists are human and like to help out their friends if they can, it’s also true that their reputation and livelihood depends on the relevance and newsworthiness of the stories they choose to cover.

In most cases, journalists writing for the UK’s top broadsheets don’t consider the reporting of a small company’s latest recruit, contract win, product launch or local charity event to be any of these things. Unless there’s an angle you can use that makes your story click with a huge proportion of the newspaper’s readership, you’re going to need something more compelling.

How to get national media coverage

Getting coverage in the national press can be very difficult. But that doesn’t mean it’s impossible. In fact (just as an aside), sometimes it’s just a question of stumping up large amounts of cash. Even the most reputable of national newspapers need advertising revenue to survive, and so they churn out supplements on, say, cloud computing or renewable energy with the objective of getting the big players from those sectors to pay for ads, sponsorship, or thinly veiled advertorial. And sometimes you can get consumer products – clothing, for example – into the papers if you can afford to send out a few free samples to interested parties.

But typically the aim of a PR campaign is to earn coverage rather than pay for it. More often than not, it’s just a case of being in the right place at the right time, with a relevant view to express and/or story to tell. And managing that takes time, patience, diligence and hard work – lots of it.

Naturally, you need to figure out what you want to say when you get your chance to say it. So you need proper planning, a clear idea of what your messages are for each audience, and a list of topics that you can discuss at length.

And it helps to think about stories and features from the perspective of the journalist and his audience. How can you fit yourself around what they are looking for? Remember that from their perspective, the story isn’t about your needs – it’s about how it serves theirs.

You need to find out which journalists are already interested in the topics that you want to talk about. Do your homework, stalk them online and engage them when they’re at their most interested in a topic you can offer comment on. Some journalists announce in advance what articles they’re working on, and actively invite input from external sources. It’s a good idea to monitor this kind of activity.

Timing is important. If you do have a compelling story to tell, then look at what else is on the news agenda and wait until the right moment to strike. Your chances of securing national coverage are slimmer if the press is preoccupied by a impending storm, an affordable housing shortage or the latest Paxman interview.

Sometimes getting coverage in the national press just requires a little lateral thinking. For example, if your organisation doesn’t have the clout it needs to secure an interview, you could always try emailing something to the letters page instead. If editors are looking for controversy (and they usually are), offer them an opposing viewpoint on a topical issue.

Even if your story doesn’t make it into print, it can still be instrumental in engaging a national journalist. It could be that there is another issue or topic that they would like to discuss with you, so be ready for questions – have facts and figures to hand. It’s definitely a good idea to have a media-trained spokesperson on standby – someone who can communicate your key messages clearly and concisely.

The important question to ask, though, is, “Why?” Why the national press? Why go to so much effort with no guarantee of reward? Most businesses can achieve a far better return on their investment in PR simply through targeting press outlets with highly relevant readerships.

If you’re selling something that makes life better for, say, facilities managers or finance directors, then the most sensible thing you can do is focus your efforts on the industry magazines and websites that write specifically for those audiences, and whose editors are likely to be interested in the information and content you can offer to their readers.

As with any marketing activity, PR begins with planning and setting realistic objectives. If you want to talk anything through with us, drop us a line and we’d be happy to discuss your PR strategy.

Sustained PR – the long and short of it
Public relations 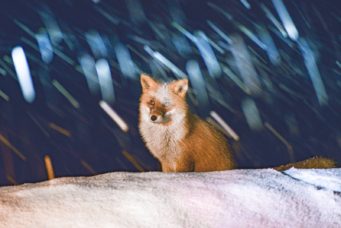 Measuring the value of PR – The long and short of it!
Public relations

The UK hydrogen economy – where are we now?

A brief look at ‘the brief’