How to deal with cleantech confusion

We all have confused moments – some more than others. But, when your audience is confused, that’s a big problem. Below we look at cleantech confusion and what you can do about it.

When you’re working with new technology or difficult ideas, there may be lots of terminology that is unfamiliar to your customers. There may be many misconceptions and misunderstandings within your audience as to what those terms could potentially mean.

The most recent and best example of this comes from the Advertising Standards Agency. Its latest report, Climate Change and The Environment – Consumer Understanding of Environmental Claims, found that there’s widespread confusion about the terms ‘Net Zero’ and ‘carbon offsetting’.

This is understandable. They are technical terms with specific meanings, and they’ve only really taken off in the last several years (particularly carbon offsetting).

But it raises a serious problem for cleantech companies: what should you say and do when people are confused?

Why does cleantech confusion matter?

Why does it matter if people are confused?

Well, firstly, it’s hard to communicate with someone who doesn’t understand what you’re talking about. And, if you’re trying to get them to buy in to your technology or product, then a lack of understanding will get in the way.

Second, as the ASA’s report reveals, the confusion around terms like ‘Net Zero’ and ‘carbon offsetting’ leads people to feel they’re being misled, which leads to negative impressions of the companies involved – especially in high-emitting sectors like transport.

According to the ASA, the reason people feel misled is because of the difference in the assumed and real meaning. Often people understand ‘Net Zero’ and ‘carbon offsetting’ to involve an absolute and direct reduction in a company’s carbon emissions, rather than compensating through schemes like carbon credits. If people expect one thing and find out it’s another, they get frustrated by that difference and form negative impressions of brands. It’s also worth pointing out that this can be made worse when companies only rely on offsetting, rather than aiming to reduce their carbon emissions directly.

So, confusion can lead to negative impressions, and it’s hard to get buy in when people don’t understand your technologies and ideas. But if messaging can realign the assumed meanings and the real meanings, there shouldn’t be a discrepancy and people won’t form their negative impressions. There should also be more buy in for your product or technology. So, what to do about it?

How to combat cleantech confusion

There are three effective ways to deal with cleantech confusion:

We’ve all heard Shakespeare’s adage, ‘A rose by any other name would smell as sweet’. Well, unfortunately, he’s wrong about that. A name matters a lot. What you call something significantly impacts people’s first impression and how they understand it.

So, if there’s confusion around a term, rename it. You can try to create a new name that people can more readily understand the meaning of. Something that when people hear it, they know what it means.

However, renaming is only realistic for a proprietary technology, product, or idea. If you came up with the name and it’s not cemented into everyday talk, its likely you can change it. But if it’s a term that’s become commonly used, then changing the name won’t be a realistic possibility. To rename a term like ‘Net Zero’, for example, would be costly and require industry-wide efforts.

Sometimes it’s not the name, but how something is framed that is the issue. If people don’t understand a term or a technology, change your messaging to focus on something they do understand instead. You can get across the same message to your audience but relate it to things they already know and care about.

We’re all familiar with this idea when it comes to carbon emissions. Many people don’t understand how much carbon is saved when brands say, ‘1 tonne of CO2’. Is that a lot? Is that a little? What does that mean?

So, many companies position their messaging around something familiar, like the equivalent number of trees needed to absorb that much CO2 a year, or the number of miles a petrol car would have to drive to emit that much CO2.

But reframing isn’t just as simple as talking about the same thing in a different way. It requires carefully selecting the right messages and metaphors for your audience. If you’re trying to get people to see things through a new lens, you need to make sure it’s clear. And the best way to do that is to use a lens they look through a lot.

Another way to reframe your messaging is around your proof points and benefits. Confusion can come about because your audience don’t know how your product or technology achieves its aim, or what it even achieves in the first place. But if you include your evidence and benefits in your messaging, it can be easier for people to understand.

Sometimes renaming or reframing isn’t the right choice. The terms and technologies are firmly here to stay, and instead people need to catch up with them. In that case, you need to educate your audience about them. You need to give them a helping hand.

This requires messaging that’s equally as careful as renaming and reframing because educating requires putting yourself in your audience’s shoes. You must devise messages and create content that will appeal to many people, and which will succinctly and impactfully convey the new knowledge your audience needs.

Sometimes this can involve simple but potentially impactful methods. For example, ‘Net Zero’ could be confusing because it’s being used as a name. But if you could include in your campaign an effort to remind people it’s a shortened form of the description ‘the overall net effect is zero carbon emissions’, then this could alleviate some of the confusion. Another example would be abbreviations of acronyms. They might make punchy names, but they’re potentially hiding information that could be important to your audience.

Educational campaigns also require knowing where the gaps in your audience’s knowledge are, and where your messages will most effectively reach them. For example, you can probably take it for granted that people know it’s carbon emissions that accelerate climate change, so you don’t need to educate people there. That gap is already filled. And there’s no need to create billboard campaigns if your audience’s main source of information are trade magazines.

Lastly, educating your audience may require involving an established industry standard or body. Associating your technology or idea with a well-known, scientifically backed framework can help people understand your solutions – it also gives you credential.

Ultimately smart, audience-focused messaging will help you avoid cleantech confusion. If you can rename, reframe, and educate your audience, their new understanding will help them adopt your technology and buy in to your product.

Working in this sector for 20+ years, we’ve helped many companies deal with cleantech confusion. Get in touch to see how we can help you.

Through the lens of a tech journalist: Tips for getting your stories picked up
Best practices, Cleantech, Public relations

Don’t spook your audience with a hard sell. Keep them under your spell instead
Best practices, Copywriting, Marketing planning, SEO 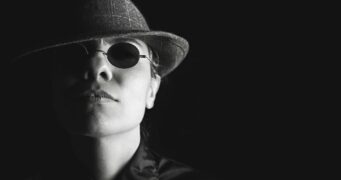 How to deal with cleantech confusion